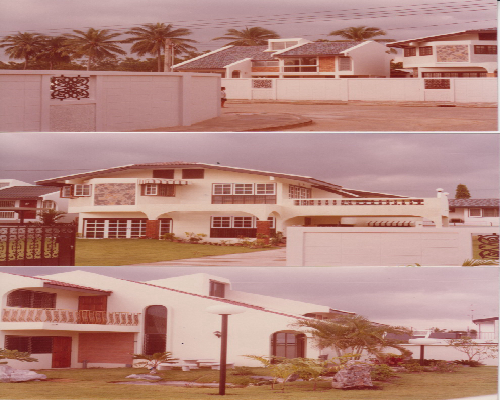 Political unrest and oil crisis in the 1980s resulted in a severe economic recession not withstanding the real estate sector.  Construction materials and labor cost surged, resulting in annual inflation rate of over 20%.  Capital expenditure declined while exports diminished.  The net current account and the balance of payments were in deep deficit. The external debt rose markedly, and the foreign exchange reserves dwindled.  Unavoidedly, financial institutions tightened mortgage financing.

During this economic turmoil, real estate developers and related parties came together to find strategies to tackle the downturn.   Thus, leading to the establishment of the “Government Housing Bank’s Customer Club” with Police Colonel (Special) Chira Khruasuwan serving as the Club President. The club’s main objective was to find solutions for the real estate sector by cooperating with both governmental and private sector agencies.

However, the club’s initial attempts to alleviate tensions and solve problems became stagnated. Restricted mortgage financing was only the beginning of many more issues contributing to the industry’s slump.  Many state laws and regulations needed to be modified and updated in order to ensure a long term stability and growth to the real estate industry.

Furthermore, The Government Housing Bank’s Customer Club had limited powers, thereby restricting its abilities to undertake necessary tasks.  As a result, the Club’s committee resolved to establishing The Housing Business Association on March 23, 1981  in accordance with the Trade Association Act of 1966.  The Association’s emblem was that of a house icon encrusted within a globe.  The founding committee consisted of

The Housing Business Association’s President and Directors are elected from and by the Association’s members with a 2 years term.

In 2011, the English name of “Housing Business Association” was adapted into the Association’s emblem.

Throughout the 40 years since its establishment, the Housing Business Association, in its capacity as a private organization, has played a major role in supporting the growth of the Thai economy and in the evolution of the real estate sector.  The Association actively coordinates with government agencies and private sectors to strategise, put forth and execute effective measures to overcome problems and to strengthen the Real Estate Sector. The Association’s role markedly enhanced the Country’s social and economic growth.

The continual success of the Association lies in the commitment and dedication of the Directors as well as all members in carrying out their duties and responsibilities. The Association’s past presidents are:

The Association’s major accomplishments via cooperation with various agencies include:

The Association’s objectives are :